Did you know that Arvada Fire does a lot more than just fighting fires? We remain on the cutting edge of service delivery and provide a wide range of emergency response programs, including emergency medical care, hazardous materials, technical rescue, and water and ice rescue, wildland firefighting, and more. 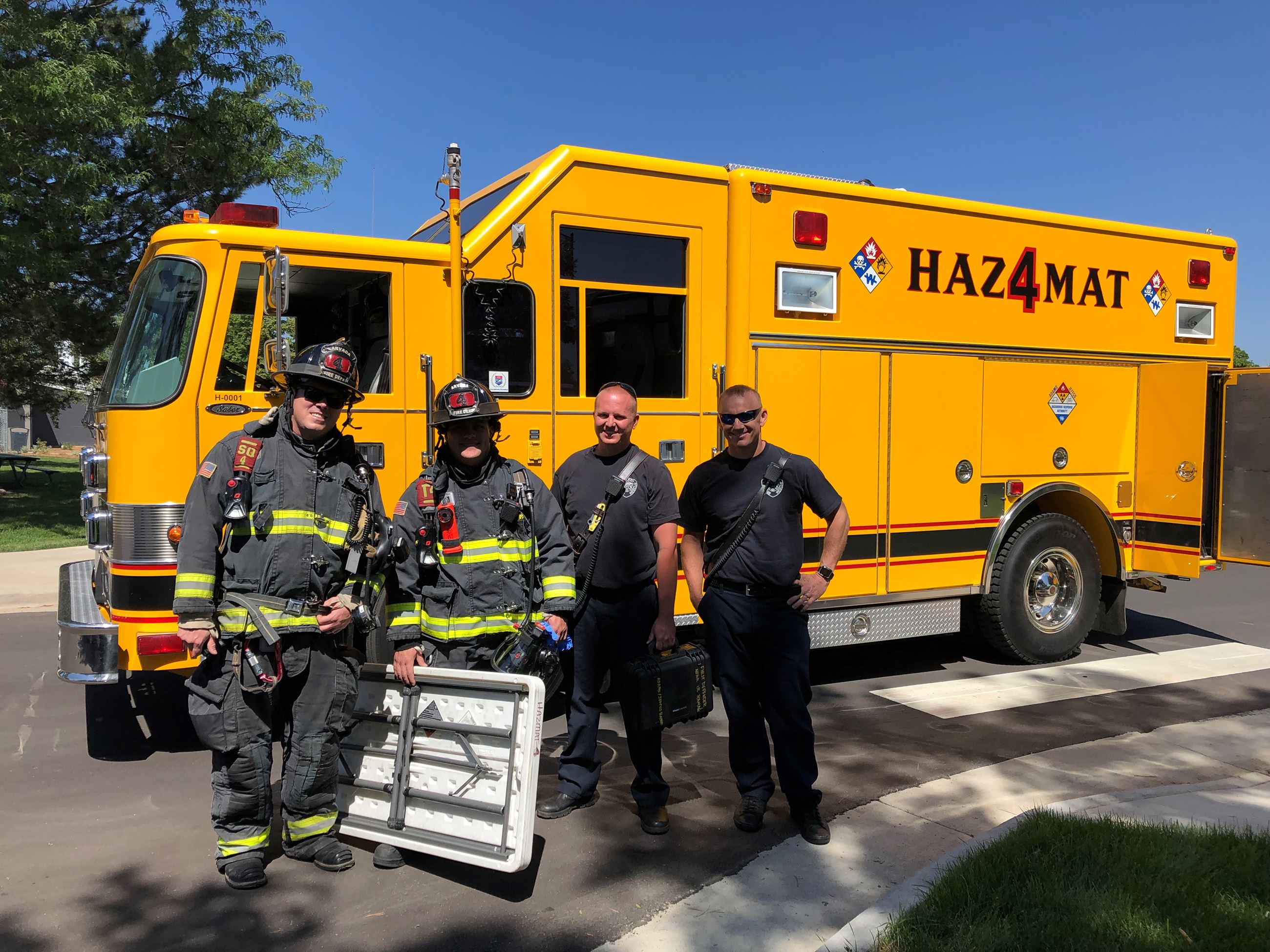 Arvada Fire has normal hazardous materials risks associated with urban and suburban living. In addition, there are two interstate highways, one primary railroad line and one spur line, four state highways, and a few occupancies that have large amounts of known or small amounts of unknown hazardous substances.

The District has a vast array of water risks throughout its boundaries. There are several ponds, small lakes, and small reservoirs dotted throughout the area. Recreational boaters with craft that are mainly powered by physical labor or electric motors use some of the larger lakes.

During the winter months most of the bodies of water freeze creating an ice water rescue risk. There are several creeks and irrigation canals throughout the area. Clear Creek is the primary run-off creek and flows along the southern boundary. This creek's water can rise to moderately high levels during high run-off seasons. There is also historical evidence and potential in several areas to see localized moderate to severe flooding 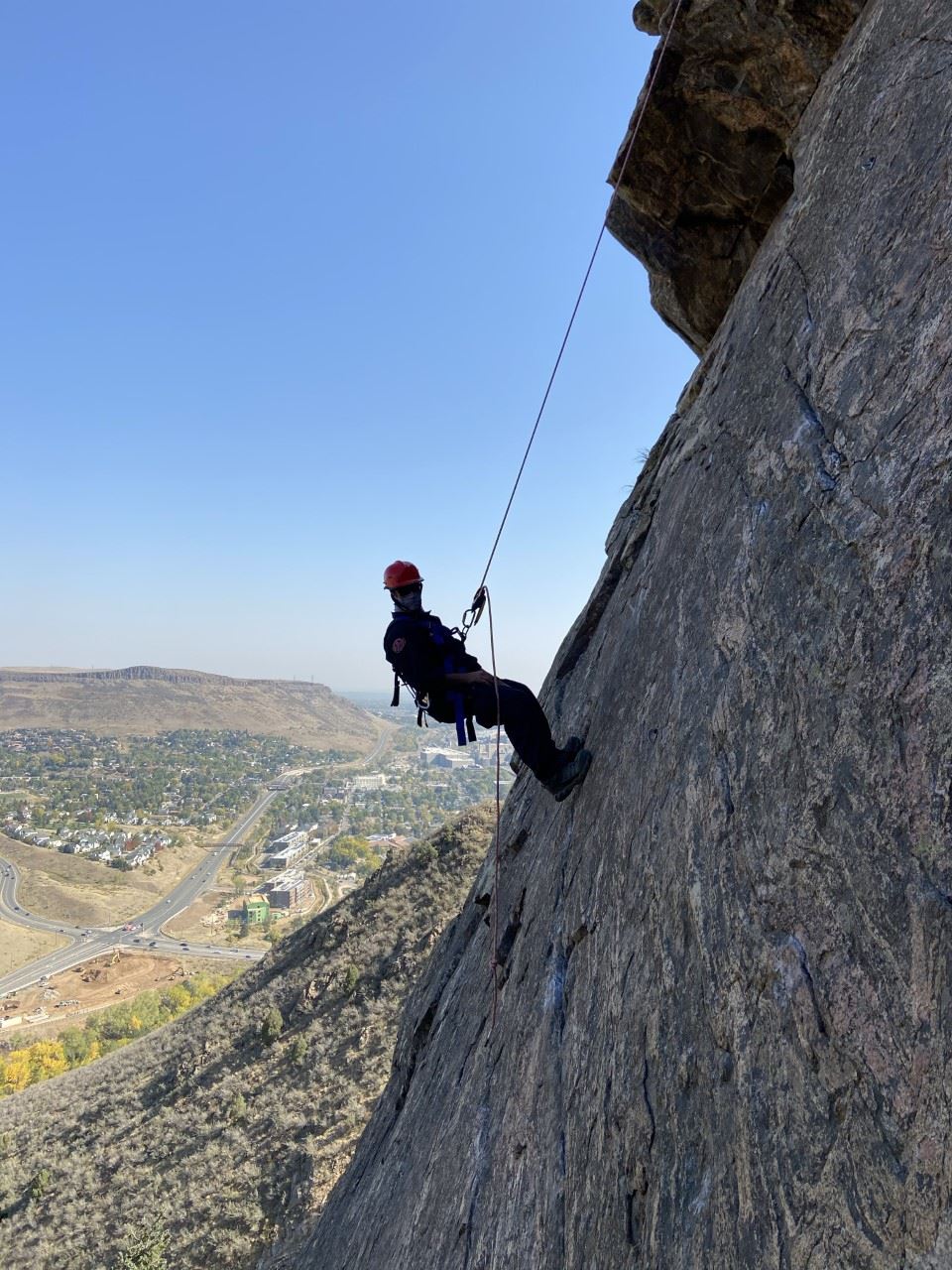 Arvada Fire partakes in technical rescue training throughout the year to ensure our crews are prepared to safely carry out a variety of rescues. 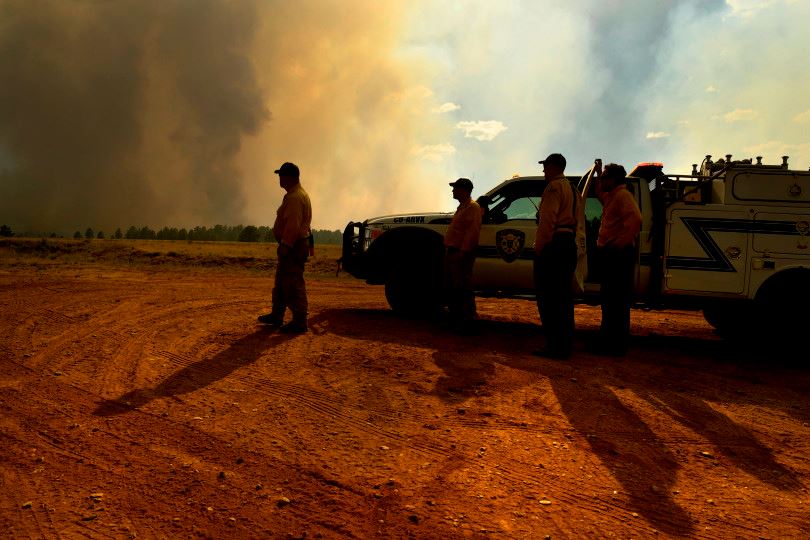 When a wildland fire occurs, do you ever wonder where the firefighters that are fighting the fire come from? Firefighters with specialized training in techniques and tactics for fighting a wildland fire travel across the country, including those from the Arvada Fire, to fight these fires.

Our firefighters have a Wildland Team that works locally in the community as well as nationally. During the historic 2020 wildfire season, Brush 58 deployed for 14 weeks to incidents throughout the West like the Six Shooter Fire in Ignacio, the Grizzly Creek Fire in Glenwood Springs, and the Williams Fork Fire in Granby.

When a large fire occurs that overwhelms the available resources from a local area or region, fire officials request additional resources from other regions using national dispatch centers. As a participating agency, Arvada Fire will receive a call from a regional interagency dispatch center in Pueblo. They may request individual personnel for specialized positions, equipment, or both.  Before we allow personnel and equipment to respond outside our District, we first ensure that the service in our community will not be compromised while they are away.

Local tax dollars are not used to fight fires outside of our District. The incident or region where our firefighters go to assist pays for the personnel and the equipment to be at the fire via an agreement that is made through the State of Colorado. The incident also pays for the overtime to fill the roster holes created by the firefighters who are elsewhere fighting the wildland fire. For instance, in 2016, your firefighters reduced the community tax burden by bringing in approximately $145,000.00 in revenue, not including the savings from salaries and overtime.

The team members also gain incredible training and experience that increases the level of service provided in our District. The men and women of the Arvada Wildland Team have a passion for protecting our community and communities throughout the country. If you have any questions about the Wildland Team, feel free to stop by Station 8 at 6385 Quaker Street.